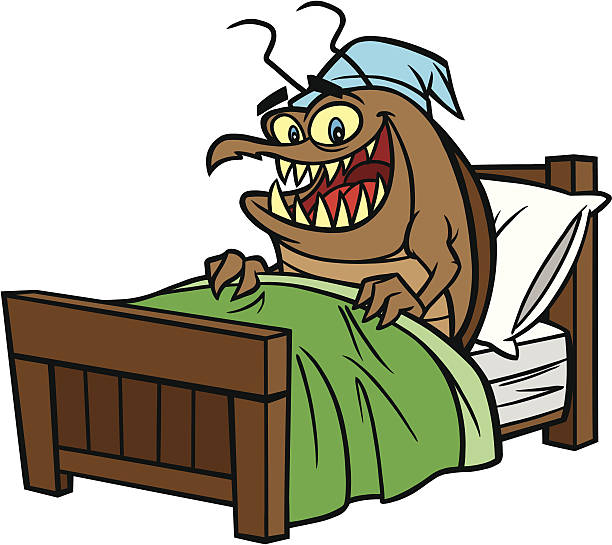 Bed bugs are known to have been in existence for millennia, dating back to 400 BC. It was also believed before the 18th century to be of great medicinal value, as it was used to treat ailments from snake bites. Bed bugs have been of great concern since the 1870s and just before the mid-20. It was a significant challenge for soldiers in the second World War, where they resolved to use fumigation to curb bed bug infestation, but it proved abortive.

The emergence of pesticides before the 20th century showed a reduced bed bug population. Since then, there has been a significant move in improving the eradication of bed bug infestation.

It was also believed that bats inhabited bed bugs that lived in caves. Dated back to prehistoric times, about 30 million years ago, when men began to live in caves, it was believed that men must have contracted bed bugs from bats and brought them to human dwellings. Ever since, we have been their primary host.

The life cycle of bed bugs

Bed bugs belong to a group of blood-sucking insects called Cimicidae of the order Hemiptera. There are three major developmental life stages associated with bed bugs. This comprises of

Related:   How to Get Rid of Bedbugs Fast. 3-Day Bedbug Termination Plan

Bed bugs are usually intrigued to mate after feeding on their host. This is because they are almost impossible to mate without access to blood. The process by which bed bugs mate is quite different from other insects. They have a unique method of mating known as traumatic insemination. Here, the bedbugs stab their female counterparts directly on the body (usually on the right) with their reproductive organ. This causes a physical altercation to that part (trauma); once the male’s reproductive organ gets to the body, sperm are released, and after some time, fertilization occurs. The site at which the female bed bug was stabbed is often left with a scar. Research has shown that female bugs who mate less can produce 25% more eggs than females who constantly mate.

A female bed bug can lay between 1-7 eggs per night and up to 500 eggs in its lifetime under proper conditions, mostly temperature-dependent. These eggs are often applied in cracks and crevices to provide the optimal temperatures for the eggs to survive.

After about a week, the eggs hatch into immature nymphs, and as they begin to feed, they transform gradually into adults.  If the nymphs don’t get access to the blood, they may not pass to the next stage, and most times, they often die. Usually, there are about five developmental nymph stages in a bed bug’s life cycle.

In the final stages-the, adult

It takes about one to four months for each nymph to transform into adulthood under good conditions. There are usually two crucial factors for them to change, and if this condition is not met, they will not transform into adult bugs and most times, sooner or later, they often die. The two conditions include;

Related:   What causes Bed Bugs - Where Do Bed Bugs Come From?

As mentioned earlier, if nymphs are deprived of blood, they will not move to the subsequent nymph stage, and after some time, they die. This is why female bed bugs don’t lay their eggs far from their host.

The adult bed bug has fully developed structures and organs for independent existence and can live up to a year, even without food.

Read more on the anatomy of bed bugs.

How to prevent bed bugs

There are several ways to prevent bed bugs. The first is to prevent them from getting into your home. Also, always ensure you keep your luggage safe when travelling and avoid borrowing clothing materials from strangers. Finally, if bedbugs already infest your home, you can try pesticide use and other effective methods.

Click here to get a more detailed method to prevent bed bugs.

Why are bed bugs so common?

Bed bugs have become resistant to most pesticides. As a result, they re-infest your home in a short while, even after treating it with pesticides.

What do I do when I find too many bed bugs in my house?

I recommend you get a professional bed bug exterminator. But if you can’t find one, you can check our previous post on ways to prevent bedbugs or kindly seek help.

Can I get rid of bed bugs?

Although bedbug infestation may be difficult to control, when done correctly, you can get rid of all the bed bugs around you.

Can I find bedbugs on my body?

Bed bugs don’t live on your body but feed on your blood to survive. You may find them in areas like your face, arms, legs, and ankles.

Related:   Bed Bugs on Your Clothes

A high temperature of steam at 212 °F is capable of killing bed bugs instantly.

1 thought on “The Origin of life: How Bed Bugs Came Into Existence”