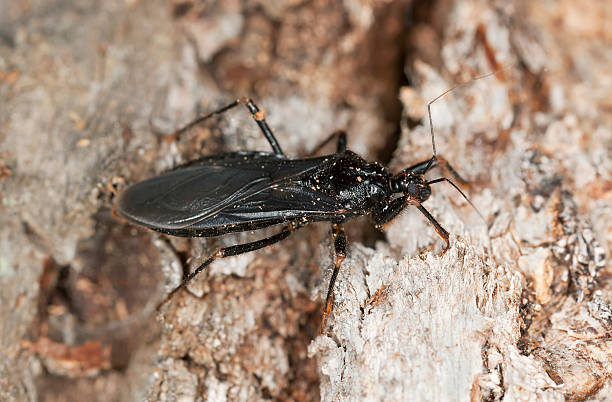 Predation is a form of biological interaction between two organisms—the prey and the predator. However, the predators have more dominance than the prey.  They hunt and kill their prey to survive. More like the term “survival of the fittest,” a common phrase popularized by Charles Darwin in his book on the origin of species in 1869. This theory suggests that “only living organisms best adapted to their environment are the best surviving and breeding species.” In simple terms, “only the dominant organism will survive.” In fact, in the chain of survival, even the predator can become the prey. As much as we feel threatened by bed bugs, there are more insects in the selection that predate bed bugs, either as direct or indirect predators. This article will highlight some of the best predators of bed bugs.

Fire ants (Solenopsis invicta)are insects that can pose a significant threat to bed bugs. These insects have the same body sections as bed bugs. They can be found in moist areas and where sunlight is abundant. Fire ants feed on other ground-dwelling insects, of which bed bugs are not left out. In fact, according to some sources, the number of insects or other ground-dwelling creatures is often low in a population where fire ants are abundant. Fire ants can be a great way to control bed bug infestations, but they can also cause potential threats to you as the reactions from fire ant stings can be life-threatening. Their bites are usually very painful and can cause severe itchiness. In addition, some people can be allergic to fire ant venom, which can cause anaphylactic symptoms that may require a medical emergency.

Related:   Do Bed Bugs Come From Outside?

Cockroaches, scientifically called Periplaneta americana, are a common household pest in Africa and the Middle East. If you are familiar with cockroaches, you will know they feed on almost anything, from papers, food, stamps, feces, leather, and other insects, including bed bugs. They feed on flesh and even feed on plants. Such insect-like cockroaches that feed on plants and animals are often considered omnivores. Cockroaches may help feed on bed bugs and reduce their population, but this is not an effective way to treat bed bug infestations, as cockroaches are not bed bugs’ direct predators. You wouldn’t want to breed cockroaches in your home just to control bed bugs, right? There are other effective ways to control bed bugs to avoid cockroach infestations.

A house centipede (Scutigera coleoptrata) is also one of the common pests we have at home. This pest may not have a capable predator or competitor at home, but they have prey to feed upon. House centipedes are commonly found in the basement, under the carpet or rug, behind wall frames, and in other wet and humid areas. As you have seen, house centipedes are found in similar locations as bed bugs. They also don’t like a cold environment and can only breed in heat, just like bed bugs. Their common site makes it easy for them to access their prey bed bugs– They can inject venom when they spot any bed bugs and feed on them. House centipedes don’t just feed on bed bugs alone; they feed on other bed bug predators like spiders and cockroaches. I’d describe them as “predators predator.” Just like other bed bug predators, making centipedes replace bedbugs preventive measures isn’t effective at all. Knowing the insect (bed bugs) and how to treat their infestation will go a long way.

Related:   Bed bug bites, treatment, and the risks they pose

The common house gecko is scientifically called Hemidactylus frenatus. These creatures are similar to lizards; even if they look alike, they differ in mode of living, anatomical features, and diversity. The main diet of house geckos is encircled around insects like grasshoppers, flies, crickets, and worms. Insects like bed bugs in cracks of walls and other locations can be their prey. House geckos have sticky tongues that can elongate and retract to trap bed bugs and feed on them. However, geckos are non-poisonous and pose no threat to humans. They may, however, carry pathogens in their body that may be transferred to food and lead poisoning.

(Reduvius personatus) They are dark- brown-black. This insect is the leading bed bug predator. Like bed bugs, they are most active at night and in summer. Although, they don’t keep reproducing inside the house like bed bugs and are not found within buildings. They got their name due to their camouflage lifestyle. They are fond of masking themselves with dust or dirt so they can remain undetected by other predators or threats, just like a bed bug with proboscis; masked hunters also possess needle-like mouth parts called a rostrum. They use these sharp mouth parts to pierce through bed bugs; they inject their saliva to liquefy bedbug components and structure, thus, making them immobile.

Although all the organisms mentioned above are good bed bug predators, they should not be replaced with a proper bed bug control method, as this can be harmful to us in one way or the other.

Related:   Bedbugs: The Horror That Lurks in Your Bedroom

What are bed bugs attracted to?

Bed bugs are usually attracted to humans due to the blood they get from them. They are also attracted to warmth, body heat, and carbon dioxide. These insects are less likely to be moved or attracted by brightness and cold climates, especially in winter.

How long do bed bugs survive?

These creepy creatures never go extinct; they have hundreds of eggs to ensure continuity. However, a typical bed bug can survive for about two years and even for weeks without food (blood).

What to do if bed bugs infest your home?

The best way to treat an infestation is to seek a professional bed bug exterminator. You can also try other methods by reading our previous post.

Bed bugs are not known to cause any serious threat to human health. However, the above paragraph can read more about their side effects.

Is it safe to spray for bed bugs?